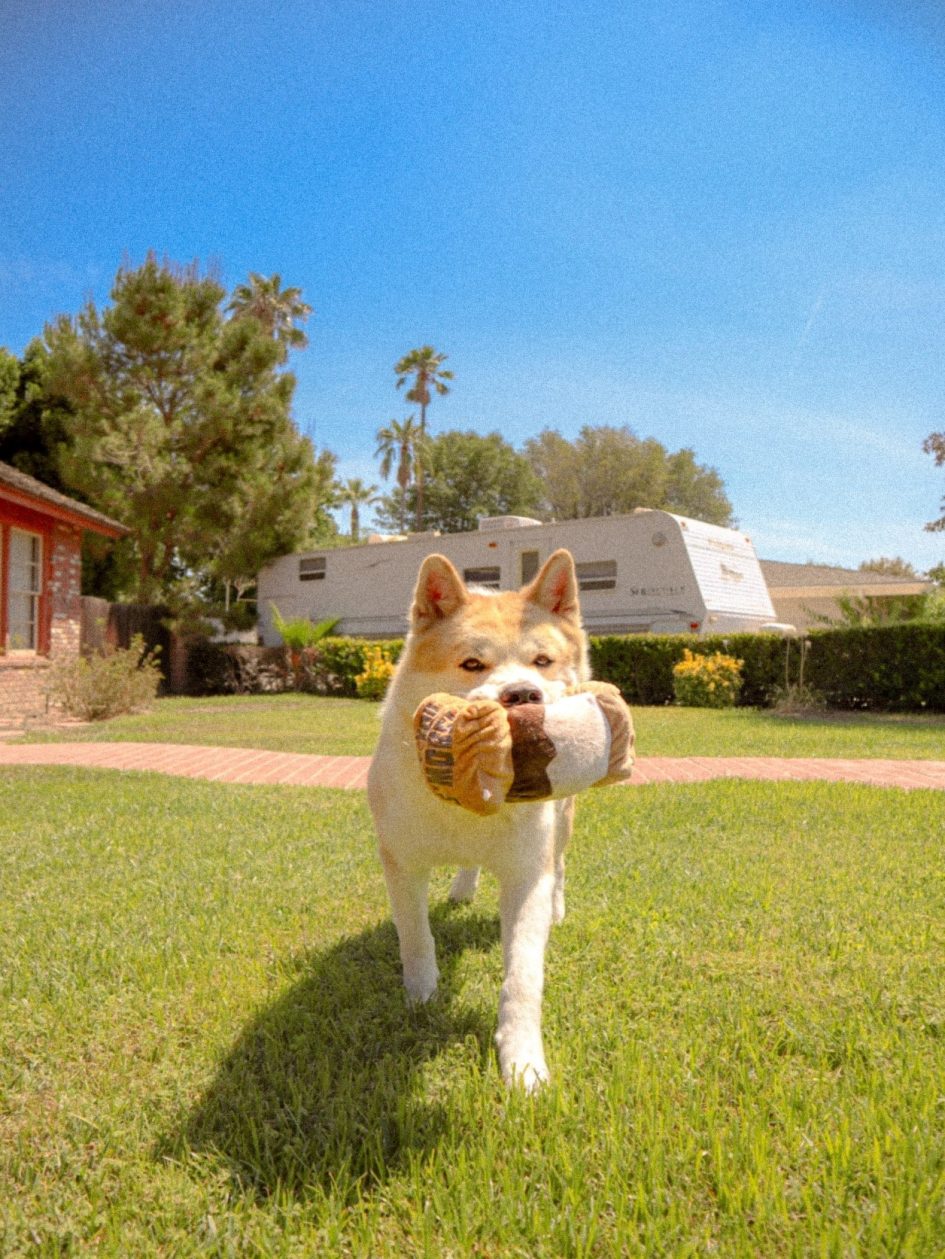 Pros And Cons Of An Invisible Dog Fence

A fully fenced yard is extremely important for your pet’s safety and perhaps the only single way to keep your pet within the yard and protect it from dangerous situations. Dog fences help keep your pet off the road and away from the risk of being stolen by a stranger, getting attacked by another animal, or being hit by a car.

If you are a dog owner with a house that has a yard, you can probably relate to the dilemma that most pet owners have to face when it comes to fencing. The dilemma often results from the fact that there are many restrictive neighborhood codes that allow only particular types of fencing. Not only that, but some neighbors also tend to disagree with the idea of someone altering the shared fence line.

Among the numerous fencing options that are available out there, one of them is invisible fencing. As the name suggests, an invisible dog fence is actually invisible; you can’t see it!

This is a great option for those who face restrictions in their neighborhoods or don’t want the traditional kind of fencing.

What Is An Invisible Dog Fence?

Also referred to as an electric fence, an invisible dog fence is a wired enclosure that is installed underground, creating an electrically charged boundary that confines your pet within the boundary of the yard without having to resort to a physical fence.

Invisible fencing basically works through a system in which energy is transmitted between the underground boundary line and the receiver attached to your dog’s collar. Your dog wears an invisible fence collar that is connected digitally to the wired fence.

The boundary consists of electrically charged wires that are placed on the outer edges of the property and about 3-4 inches underground. If your pet approaches the boundary line or attempts to cross it, it will create a vibration or tone followed by an electric shock. The electric charge is similar to a splash of water and just enough to stop your pet’s movement. It won’t cause any kind of damage or hurt your pet in any way.

Is An Invisible Dog Fence A Good Idea? Pros and Cons

If you are looking to install an invisible dog fence in your yard for your pet, you might want to consider and weigh out its pros and cons.

Take a look at the plus points and drawbacks of an invisible dog fence.

They Provide Flexibility – One of the biggest plus points of an invisible dog fence is that it provides great flexibility in terms of how the installation process is so much easier and quicker than any conventional fencing option. Furthermore, these fences don’t break up or interfere with green spaces or surrounding views like open property lines generally do,

They Come At A Reasonable Cost – Electric fences might sound expensive, but when compared with the cost of traditional fencing, it’s definitely more reasonable and affordable. The thing with the conventional fencing options is that they require a lot of materials and labor for installation, which significantly increases the overall cost. On the other hand, an invisible dog fence doesn’t require as many resources even when installed professionally.

Highly Adaptable – An added advantage of invisible fencing is that it’s highly adaptable, considering how it can easily work on any terrain, including hilly spots and wooded areas. Regardless of the shape of your yard, its terrain, or whether it has a slope or not, an electric fence can easily be installed in the underground. The best part is that these fences can cover many acres of the ground to create an extensive playing and exercising area for your pet.

Super Effective – A major problem with traditional fences is that they often fail to keep the dogs inside the boundary because most pets learn how to climb over the fence or dig a hole under it. An invisible dog fence is super effective in this matter because most dogs end up staying away without attempting to come near the boundary to avoid receiving the shock that comes with it.

They Provide Freedom and Safety to Your Pet – An invisible dog fence can easily cover up to 25 acres of land, which means it provides a great degree of freedom to your pet and allows it to play, run, exercise, or roam around freely in a large area. At the same time, it also offers proper security and protection to your pet where you can be at peace knowing that your dog is safe and well within the boundary of the yard.

Reduced Chances of Human Error – With an invisible dog fence in your yard, you can stay relaxed and be at ease, knowing that there’s no way your dog will be able to go beyond the boundary. This kind of fencing offers better reliability especially considering how dogs are well-contained within an invisible fence aren’t likely to dig under it, climb over or chew through the fence.

The Electric Shock Might Work Like A Punishment – Most pet owners have a reward system in place where they reward their pet for performing a good or desirable behavior. At the same time, undesirable behaviors are discouraged by them. Similarly, a dog can perceive an electric shock as a form of punishment from its owner, thereby resulting in negative associations. In other words, your pet might end up associating or relating the sensation of the electric shock with something completely different and unrelated to the dog fence. For instance, if your pet rushes towards the boundary of the yard upon seeing a familiar face of your family member or even to greet another dog and receives an electric shock, it is likely to associate the pain with that particular person or the dog.

Doesn’t Offer Protection From the Outside – Your pet may not be able to cross the boundary, and while the invisible fence helps prevents it from leaving the space, it doesn’t and can’t stop wild animals or stray dogs from the outside from entering your yard and accessing it. So, as safe as an invisible dog fence is, it’s also risky at the same time.

Requires Training – An invisible dog fence is successful only when the dog is able to learn and identify where the fence is since it’s installed in the underground. This requires proper training where a pet owner might have to line the yard with temporary flags in order to train their pet that it can’t go beyond this particular line. If a pet owner fails to train their pet in the right manner, there’s no point in installing an invisible dog fence.

Causes Shock and Discomfort to the Dog – No matter how useful or effective invisible fencing might be, one simply can’t ignore the discomfort or shock that it can potentially cause to a dog. Most electric fences come with a warning sound in the form of a beep before the electric stimulus. Often times, dogs tend to ignore the audible signal, in which case, the shock is likely to startle it and might even cause a tad amount of pain if the apparatus hasn’t been set up properly.

Can Make Your Pet Frustrated – A serious downside of invisible electric fencing is that it can cause a great deal of frustration and agitation in even the friendliest and sociable dogs, especially when they see other dogs in the neighborhood roaming freely or playing out of range.

Every fencing option does offer its fair share of downsides, risks, and benefits, so it all comes down to what you deem best for your pet.

Just like most decisions that a pet owner takes for their pet, the choice of fencing also requires proper, extensive research from your end in order to figure out what type of fencing is most suitable to install in your yard.

At the same time, pet owners also have to keep in mind the specific neighborhood codes and restrictions that most areas have when it comes to fencing.

So, in a nutshell, an invisible dog fence does provide many advantages and is an excellent fencing option. It’s affordable, convenient, safe, and adaptable. However, it does come with safety concerns, and demands that your dog should never be left alone in the yard without supervision, as this fence does nothing to keep other animals away from your property.

You can also seek advice from other pet owners that have installed invisible wired fencing in their yard, and they can probably give you the best suggestion as to what you should do.

You may find the following articles helpful:

How to install underground dog fence?

Review of the 9 Best Wireless Dog Fences of 2021

Invisible Fence for Dogs: All you need to know

Is Invisible Fence Collar Safe for Dogs? What you need to know

What Kind of Fence Is Best for Dogs?

How to Train Your Dog to Use a Pet Fence?

Why Does My Invisible Fence Keep Beeping?