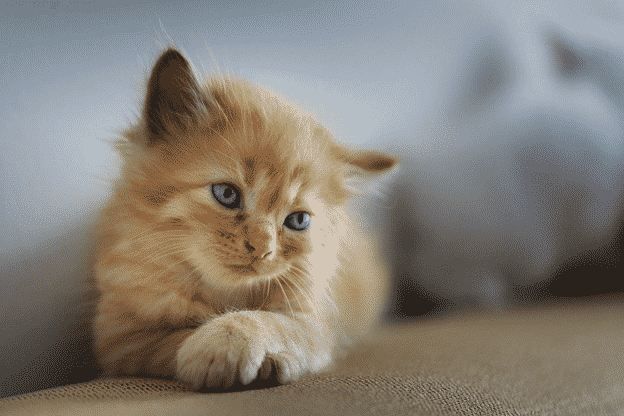 Don’t worry if you can’t seem to decipher your cat’s lingo. Here we have interpreted common behaviours and expressions of cats that will help you understand your cat’s body language.

Understanding your cat’s body language can be quite a conundrum, given they can’t speak like humans. Having said that, cats tend to use a variety of postures, expressions, and vocalizations to effectively convey their emotions. Unfortunately, due to a lack of knowledge and understanding, most pet owners fail to recognize these arrays of feline postures.

Don’t worry if you can’t seem to decipher your cat’s lingo. Here we have interpreted common behaviors and expressions of cats that you may often see your cat doing; so, follow this guide for understanding your cat’s body language in next to no time.

Contents
1. Perched in a Crouched Position
2. Lying Down or Sitting/Standing Calmly
3. Caressing Itself on You or Circling Around You
4. Tense Posture, Arched Back, and Annoyed Look
5. Stalking or Preying Position
6. Squinty Eyes, Head Low, and Paws Tucked into Body
Conclusion

1. Perched in a Crouched Position

This is a sign that your cat is edgy and worried. Its body muscles are tense, and the cat itself is on guard. Upon a closer look, you may also see the cat’s ears turned sideways, indicating it’s feeling nervous and anxious about something. In some cases, the cat’s head may also be a tad lowered and its tail curled into its body. However, some small cats may go into hiding when afraid or anxious.

2. Lying Down or Sitting/Standing Calmly

When understanding your cat’s body language, you must know that a happy and relaxed cat is usually standing, sitting, or lying down peacefully. When standing, its ears are in a regular position, eyes are looking normal, the mouth is closed, and the tail is in an upward position with its end slightly curved.

On the other hand, when the cat is sitting relaxed, its front paws are folded in front of itself, and the tail is lying low in a natural position. When the cat is lying down, its body is stretched out with eyes slightly closed, whiskers are in a normal shape, and breathing is slow and steady. All these signs show that the cat is happy and stress-free. When your cat is in this position, you can cuddle your pet as you like because it’s in a good mood and will return your love with more love.

3. Caressing Itself on You or Circling Around You

Cats have a unique way of showing affection. They show it by rubbing its body around you or by circling around you again and again. When the cat is doing so, its tail is held high with a slight curve at the end. All of this shows that your cat hearts you.

Also, if your cat jumps at you and cuddles on your lap, it’s another sign that your cat loves you. Your cat may also purr lightly to show it is enjoying your company and is happy to be with you. Understanding your cat’s body language, specially this one, is crucial to ensure your cat’s happiness, so when your cat expresses love to you, return the affection by petting or cuddling your cat.

When a cat is angry or unhappy, its body is stiff or arched, and the mouth is wide open, showing up all the teeth. The cat may also be growling or hissing loudly, conveying that it wants you to go away.

An unhappy cat can be sitting with its body flattened, head rolled back or to one side, pupils dilated, and paws kneading the ground. Another common position for an irritated cat is standing rigidly with its back lifted upward and body hair raised. Usually, the ears are pointing sideways, and the tail is tense.

This is when your cat is in a playful mood. Its ears will tilt forward, eyes dilated, tail held high and whiskers forward. As your cat sees its prey, which could be a toy or another pet, it will spread apart its toes and will pounce toward it to grab hold of its “prey.” Some cats may also stalk for a while with its tail getting twitchy or flicking on both sides.

All of these positions may also mean your cat is hunting or defending itself. The only way to distinguish the playful behavior from the actual preying act is the former is more fun, gentle, and bouncy. Also, while playing, the cat doesn’t mind putting itself in a compromising position, such as rolling itself on the ground. This, however, won’t be the case if your cat is hunting or stalking its prey.

Generally, cats are quite good at hiding their illnesses. But small body positions or postures can give way to your cat’s well-being. When a cat is suffering from some disease, it is less active and is usually sitting in one position doing nothing. Your cat will also be irresponsive to your love and affection.

Your cat may keep its head low, eyes squinty or shut, and whiskers plunging low. Your cat may also put its feet and tail close to its body, looking like one stiff ball. Additionally, you will be able to see the otherwise hardly-seen third eyelids, which are on the corners of the eyes. In severe cases, your cat may suffer from eye or nose discharge. It may also drool excessively. In such a scenario, it’s strongly recommended to take your pet to the nearest vet.

Apart from understanding your cat’s body language, knowing about its vocalizations can tell a lot about your cat’s feelings. When your cat purrs, it could either mean your cat is happy or in deep pain. Cats meowing could indicate they are hungry or are missing you. Cats also chirp and chatter. They usually make these sounds when they have spotted their prey but can’t attack them.  A cat also making trilling sounds to communicate with its babies. A cat’s trills mean the animal is feeling friendly toward the other person or another pet.

Understanding your cat’s body language, expressions, and vocalizations can take some time. But if you observe your cat closely, you can easily tell what it’s feeling at the moment and trying to communicate to you!