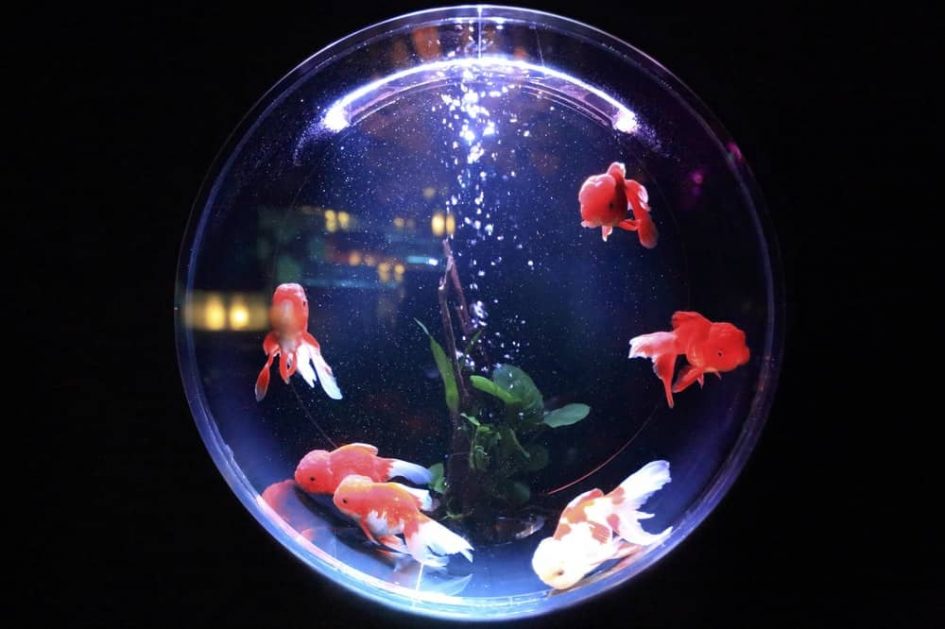 Top Most Unique Freshwater Aquarium Fish to Keep at Home

Some unique and colourful freshwater aquarium fish can be great pets! Here are the most unique fish you can keep at home in the tank!

Most of the fish tanks in our bedrooms and living rooms have the same old aquarium fish, like goldfish and guppies, but there are plenty of fish in the metaphorical sea. There are plenty of unique freshwater aquarium fish that you can keep at home. These unusual fish can be quite an extraordinary sight to behold. Some of them can be downright strange, but others can be fascinating.

Here are some of the most unique and strange freshwater aquarium fish you can keep at home.

Ghost shrimp were once used only for fodder for bigger freshwater aquarium fish but have recently been bought to keep as pets too. They are easy when it comes to breeding, and you don’t need much to care for them. Ghost shrimp are pretty cool looking since they can seem see-through in certain lights. The transparent appearance is quite a unique trait. As long as you don’t have any predators in the tank, they are a really good option.

Zebra Plecos are quite a unique freshwater aquarium fish species. They have a fascinating white and black color pattern on their bodies. They prefer to live between rocks and in caves, so you should create some nice hiding places in the aquarium. They come from the Amazon River and prefer warm and oxygen-rich waters. They do well among fish of their own species and are nocturnal fish. If you do get them, get a tank big enough to hold around 30 gallons of water since that is the best for the Zebra Plecos.

The Freshwater African Butterflyfish hails from the local rivers in Africa. The interesting part is that their morphology hasn’t changed in around 100 million years! This makes them one of the oldest fish species in the world.

They are quite beautiful too, since they resemble butterflies at a distance. The long dorsal, caudal, and ventral fins look like wings flapping. They do look like they are frowning all the time, though, since their mouths are shaped in a grimace to better catch small bugs and fish. They have a dark color with speckled patterns along the body, which can help them blend in among the plants in the water.

It isn’t a good idea to keep them in with other smaller fish, but they can thrive with other fish. As long as you feed them with frozen foods, bugs, and brine shrimp, they will be quite happy!

Oscar fish grow to impressive sizes if you have a tank large enough to facilitate their growth. People often love Oscars because they can be quite puppy-like. They often respond to people on the other side of the glass and have been known to eat out of the hand of their keepers. Fish keepers suggest that Oscar fish can even recognize people who feed them when they are near the tank.

Who doesn’t want freshwater aquarium fish when they have a rainbow right in their name? These brilliant and colorful fish have a peaceful nature making them perfect for community tanks. Their iridescent colors can catch anyone’s eyes. The most spectacular kinds are fish with two tones with orange or yellow at the tail and light blues at the head.

These tropical fish are quite docile and thrive with non-aggressive fish species. They grow up to 4 inches and turn any fish tank into a show with their bright colors.

No list for unique freshwater aquarium fish would be complete without talking about the Discus. This beautiful and calm fish has a disk-shaped, thin body. They come in beautiful colors and patterns, having been kept in captivity for decades. The gorgeous colors with their distinct dorsal fins look incredible in the water.

They are native to the river delta region of the Amazon and are quite easy to care for. They are perfect for more experienced aquarists since they are quite delicate. They need big tanks of around 75 gallons, and their diet consists of tropical flakes, algae flakes, and shrimp pellets.

They don’t do well with bottom dwellers or aggressive fish. They thrive best when they are with their own kind but can get along with other peaceful freshwater fish.

Quite the vibrant fish, Neon Tetras have a shoaling nature. They have glowing bellies that look quite distinct when they are swimming around in the tank. They thrive in community tanks and are quite small fish. You will be able to add quite a few of the neon tetra fish in the tank without other fish getting stressed out since they are so small.

Let’s be honest, sharks are quite cool creatures to have in the fish tank. The most unique freshwater shark is the red-tailed black shark. They have a bright red tail that looks striking against the satin black color of their bodies. They are quite interesting and have the same swimming style as larger sharks you find in the ocean, which can be quite the sight when they’re swimming around in your aquarium.

These impressive fish require big aquariums with plenty of room to swim around in. They are also quite aggressive and attack other fish who may come into their territory. Hence, you should make sure bottom-dweller fish aren’t around. If you want to keep them in a community tank, they will do well with neon tetras, barbs, angelfish, and gouramis.

Proper care and maintenance of your fish are important if you want to keep these unique freshwater aquarium fish. All of these require some research when it comes to their behavior and eating habits so that you can ensure a safe and homely environment for them.