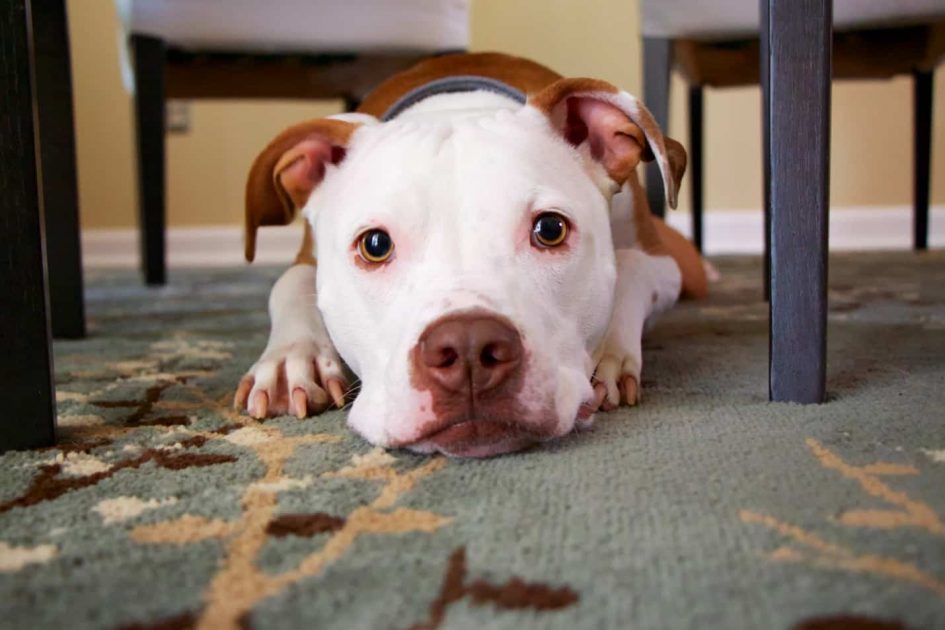 An ear infection can make your dog restless. If not treated, ear infections I dogs can lead to serious problems. Read this blog post to know everything about ear infections in dogs to be able to take care of them better.

Has your dog been whining a lot lately? Have you noticed that your dog is shaking its head or scratching and rubbing its ears more than it usually does? Well, these are all signs that your dog may have an ear infection.

What Are the Causes Of Ear Infection In Dogs?

Dogs that are avid swimmers, floppy-eared dogs, senior dogs, dogs with allergies, and pups who have been vaccinated recently are at a high risk of catching an ear infection. In most cases, the infection occurs in the outer ear canal and is termed as otitis externa. Dogs have vertical ear canals, unlike humans that have horizontal ear canals, which tend to collect more debris than humans and are, therefore, more likely to catch ear infections. The ear canals in dogs are somewhat L-shaped that can retain fluid. Ear infections are caused by yeast, bacteria, or both. Ear mites may be a result of ear infections in puppies. There are numerous factors that come into play to cause an ear infection in dogs. Let’s have a look at them briefly.

Symptoms of Ear Infection In Dogs

Now, how can you tell that your dog’s edgy and irritable because of an ear infection? Well, some obvious symptoms can tell you that it’s an ear infection that has made your dog so unlike itself – restless. However, there is a possibility that there are absolutely no noticeable symptoms at all, except discharge and buildup of wax in the ear canal. Symptoms or no symptoms, one thing is given – your dog will show clear signs of discomfort.

Some of the most obvious symptoms of an ear infection in dogs are listed down below:

If you notice any of the above-listed symptoms, you know what you’ve got to do – rush your dog to the vet!

How Are Ear Infections In Dogs Treated?

Ear infections in dogs require proper treatment. If not treated on time, the infection may worsen and lead to complications, thereby affecting your dog’s health. Whether it’s just a suspicion or you’re sure that your dog is suffering from an ear infection, you need to visit a vet for the right course of treatment.

Your dog’s vet will begin the treatment by cleaning its ears. Medicated ear cleansers cleanse the ear canals, which is more like washing the dirt and debris out. The cleansing is followed by the application of a topical medication that is applied multiple times a day at home. If the infection has already worsened, the veteran might prescribe oral anti-inflammatory medicines and antibiotics.

If there are no underlying complications, the ear infection usually gets treated in 1 to 2 weeks after the treatment begins. However, severe infections may take much longer to get healed – weeks to months even. In some cases, the infection may develop into other chronic problems.

A mild ear infection can be treated by antibiotics and anti-inflammatory drugs, but severe infections require more impulsive treatment, such as surgery (Total Ear Canal Ablation – TECA). The ear canal is altogether removed through this surgery, thereby preventing the infection from recurring.

How Can Ear Infections In Dogs Be Prevented?

Just because your dog hasn’t had an ear infection so far doesn’t mean it can never have it. Dogs are fond of swimming, and water is one of the major causes of ear infection. The risk is always there. To ensure that your dog doesn’t have to go through discomfort and pain, you should follow certain preventive measures.

Prevention is better than cure. Instead of waiting for your dog to get an ear infection, make it a habit to clean your dog’s ear every few days and keep a check on its behavior. If they appear any bit restless, get it checked right away. Better be safe than sorry, right?