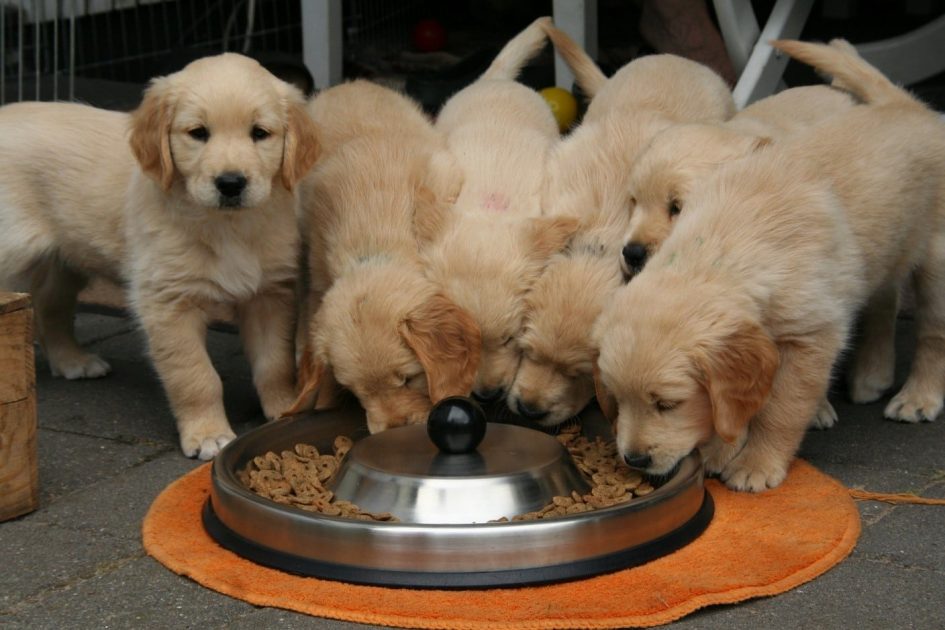 Dangerous and Toxic Foods You Should Never Feed Your Dog

A dog is definitely the best and most loyal buddy you can have! But, you should be very careful while feeding them. Certain foods can be very harmful and dangerous for your pet, causing serious health issues and even death. Here are a few foods you need to mindful of when feeding your dog.

A dog is definitely the best and most loyal buddy you can have! Who can resist themselves from rewarding these fun little creatures a little treat from the table?

As a dog parent, you will fall for your pup’s big brown eyes and cute little grin, and end up tossing them a piece of what you’re eating. While you’re considering it an act of love, it can turn out to be pretty fatal for your canine friend.

That is why you must know about all the human food that your dog should never eat, and this isn’t just because of its weight. Certain foods can be very harmful and dangerous for your pet, causing serious health issues and even death.

Here are a few foods you need to mindful of when feeding your dog.

Xylitol is a sweetener that is used in various common edible and inedible items, including gum, candy, tooth paste, certain baked goods, etc. This sweetener can have a disastrous impact on your pet as it can cause its blood sugar to drop and can result in liver failure. In case your dog consumes something containing xylitol, here are some symptoms to watch out for: vomiting, lethargy, and problems with coordination. These are just some of the initial symptoms as your pup can also experience a seizure and liver failure within a few days.

Whether raw, powdered, cooked, or dehydrated, onions and garlic don’t belong anywhere near your canine pet! These food staples can be quite threatening as they kill the red blood cells in dogs, causing anemia.

Even baby food contains traces of onion powder so make sure to keep it away from your dog. Also, if your dog mistakenly consumes a lot of onion or garlic at once, it can cause poisoning. You should look for common indicators, such as vomiting, weakness, or breathing problems.

Alcohol has the same impact on the liver and brain of a dog as it has on humans. However, it takes a lot less to hurt your pup. Even a teensy bit of wine, liquor, beer, or any other kind of alcohol can be bad for your dog. Alcohol can cause diarrhea, vomiting, breathing and coordination problems, coma, and even death. Moreover, the smaller your dog is, the worse the effects will be.

As tasty as avocados are, they can be quite harmful to your four-legged fluff ball. Avocados contain a substance known as persin. While it’s fine for those who aren’t allergic to it, too much consumption of avocados can cause your pup to fall prey to vomiting and diarrhea. Persin is present in the seed, bark, leaves, and the avocado itself. Therefore, if you grow avocados at home, make sure to keep your pup away!

Coffee, Tea, and Other Caffeinated Items

Any type of caffeinated items can be fatal for your canine. You should never let your pup consume tea and coffee, including beans and grounds. Besides this, your furry friend should also be miles away from cocoa, colas, and other energy drinks. It’s important to know that some pain killers and cold medicines also contain traces of caffeine.

Grapes and raisins aren’t the best option when it comes to treating your dog. While a small amount of any of the two can make your pup sick, a larger amount can cause kidney failure. Constant vomiting is an early sign of the fact that your pup has consumed grapes or raisins. Moreover, you will also notice that your dog’s energy levels have hit the ground, making it sluggish and depressed.

Milk and Other Dairy Products

It can be quite tempting to give your dog a lick of your ice-cream on a cold day. However, this isn’t a very good idea. If your pup feels hot, it’s best to offer them some cold water. Milk and other dairy products can cause health problems, such as diarrhea or other digestive issues. Additionally, they may also trigger food allergies, causing your dog to itch.

Macadamia nuts are among the foods bad for dogs. You need to keep your pet away from macadamia nuts and foods that contain macadamia nuts. It takes just six raw or roasted nuts to make your pup sick. You should look for symptoms, such as vomiting, muscle shakes, fever, and weakness in their legs. Also, consuming chocolate with these nuts can make their symptoms worse, maybe even causing death.

Many people aren’t aware that chocolate is one of the worst food for dogs. White, dark, baking, and every other kind of chocolate contains theobromine that can cause vomiting and diarrhea in dogs. It can also cause tremors, seizures, heart problems, and even death.

Some people give their pup a ‘raw diet,’ which also includes uncooked eggs, meat and fish. This isn’t a good idea as there is a high chance for your pup to get food poisoning from bacteria, such as salmonella. Certain types of fish, such as salmon or trout, can also have a parasite that causes salmon poisoning or fish disease. You should consult your vet before including anything raw in your dog’s diet.

Peaches, persimmons, or plums aren’t toxic for your pet. The main issue with these fruits is their pits or seeds. Persimmons have seeds that can cause problems in your dog’s small intestine, maybe even blocking it. The same applies to peaches and plums as the pit from these fruits can also block your pup’s intestines. Moreover, plum and peach pits also contain cyanide that is poisonous for humans as well as dogs.

Giving your dog salty foods, such as pretzels or chips, isn’t a good idea as consuming too much salt can make your dog thirsty, and even cause sodium ion poising. Signs of salt overconsumption include diarrhea, vomiting, fever, tremors, seizures, and depression. Additionally, it may even result in death, in extreme cases.

Regardless of how careful and vigilant you are, your sneaky little canine friend might eat something they shouldn’t eat. In case you think your dog might have eaten something toxic, call for help right away! 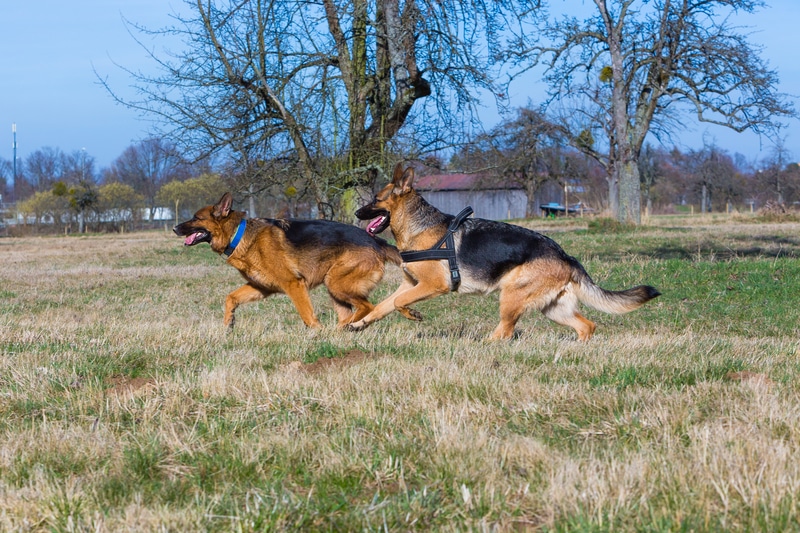 How Much Exercise Does a German Shepherd Need? 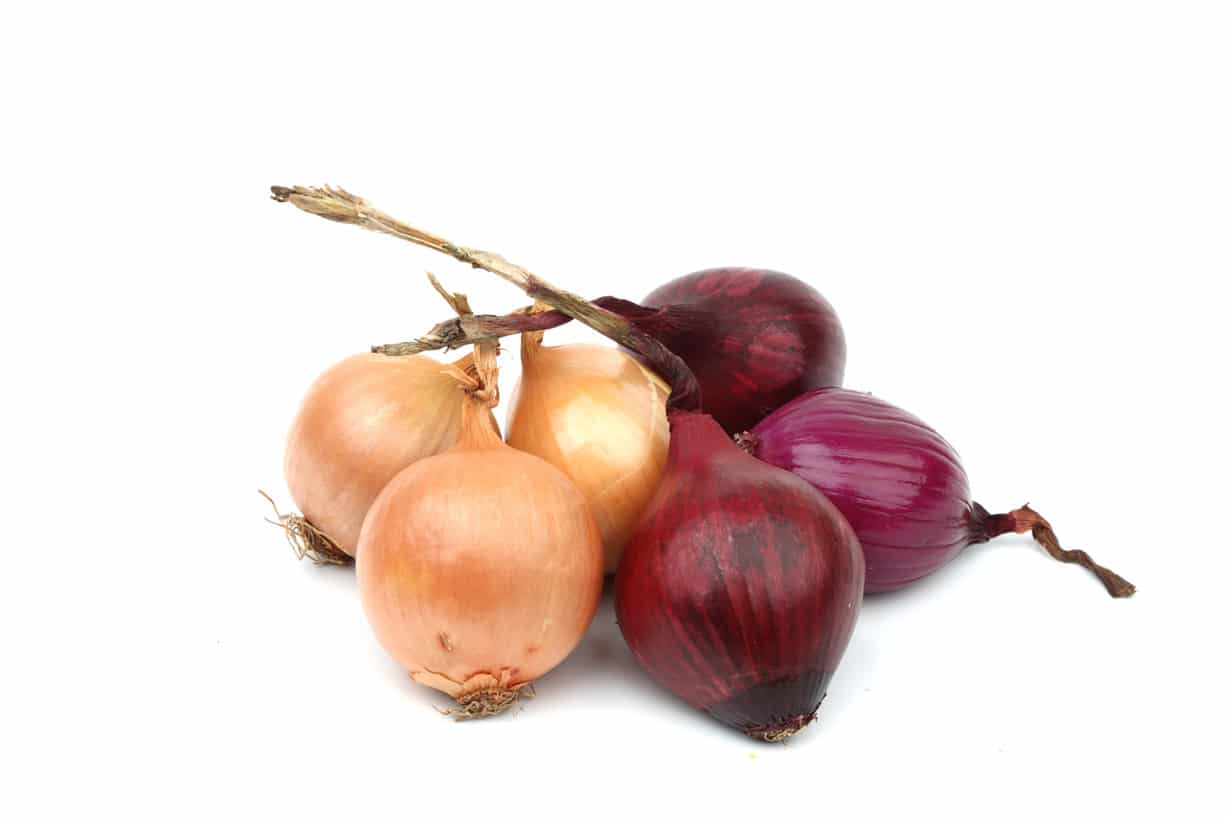 Can Dogs Eat Onions? All You Need To Know

Generally, onions are a staple in our food as they truly elevate the flavor of a dish, but can dogs eat onions? To put it simply, they can’t. Onions are of the riskiest foods for your canine companion. Here’s why. 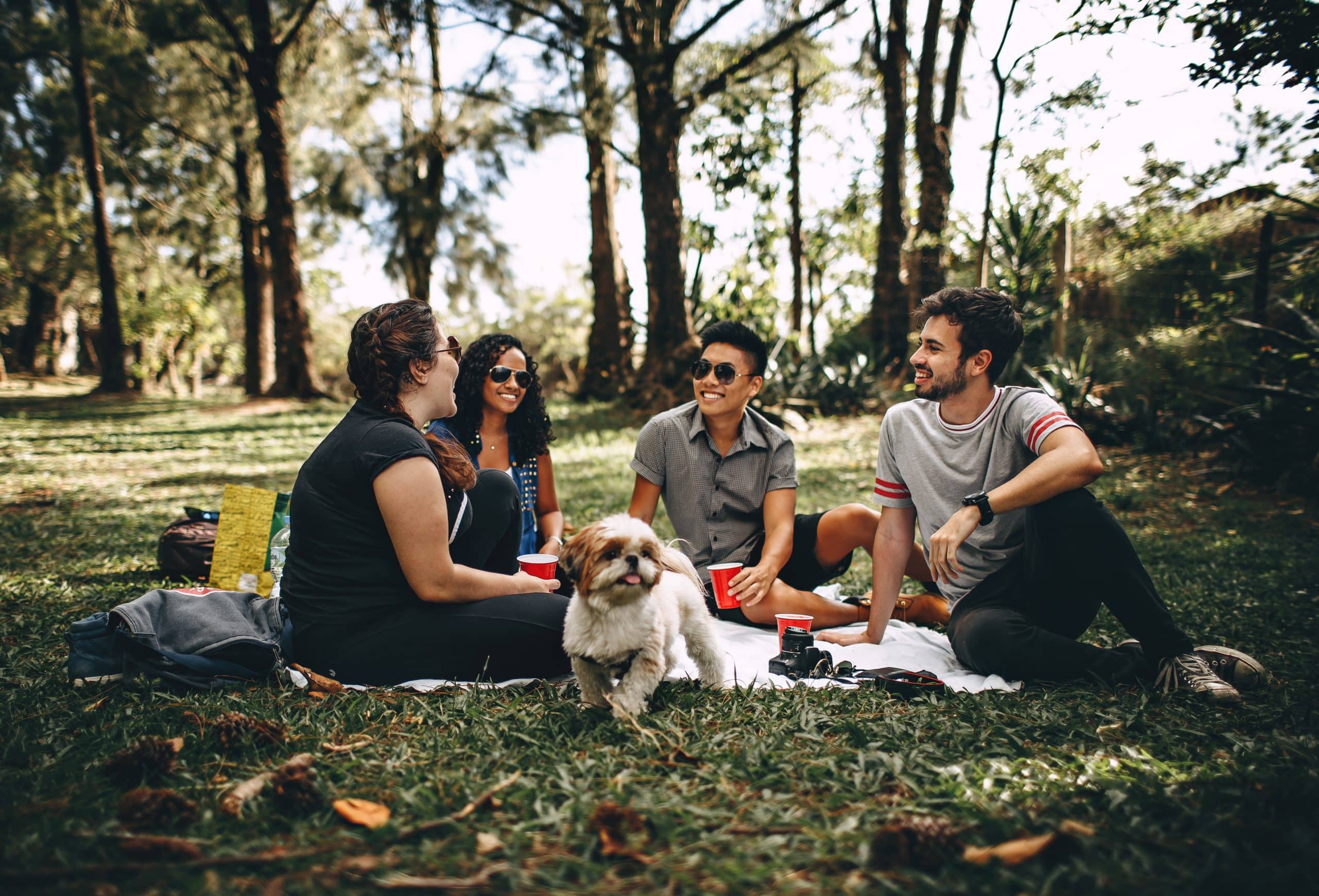 Everything You Need to Know About Dogs in Heat

One of the most obvious physical signs that your dog is in heat is that his vulva becomes red and swollen. Dogs bleed for about seven to ten days. But, there can be other reasons too! Read on for everything you need to know about why your dog in heat.