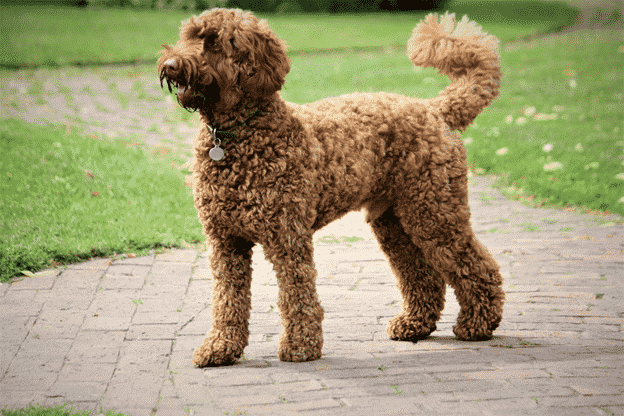 You might think that you know everything about your little Poodle fur-ball, but chances are that you’ve possibly missed out on a few essential facts. Take a look at 7 things you might not know about Poodles.

Smart, tough, fun loving and totally adorable, the Poodle has to be one of the most glamorous of all dog breeds out there. These curly-haired fluff-balls are also extremely popular among pet owners, but there’s so much more to them than meets the eye.

You might think that you know everything about your little Poodle fur-ball, but chances are that you’ve possibly missed out on a few essential facts.

Take a look at 7 facts about Poodles that you probably didn’t know.

The term ‘Poodle’ originated in Germany and comes from the German wordpudel or pudelin.  The etymology of this term goes back to the German Pudel that has been derived from Pudelhund.

The word pudel literally means “to splash in the water” and that’s how poodle actually means puddle.

More than that, these furry pooches were initially bred to be water retrievers and that is why they were named after splashing in the waters.

Did you know that the Poodle is the national dog of France? But, did you also know that it actually originated in Germany?

Interestingly, this dog breed has a German origination followed by a quite a distinct French reputation.

France absolutely loves this dog breed which is why it went as far as declaring it as its national dog. What’s even more interesting here is the Poodle is referred to as Caniche in France, which is the French term for ‘duck dog’. So, if you ever hear something along the lines of “French Poodle,” know that it’s nothing but a misnomer!

Standard, miniature, and toy – these are the three main varieties of Poodles, which also function as terms to describe their size.

The standard poodle is a full-sized dog that pet owners can bring to the beach or for hunting while the miniature variety is ideal for those people that want a cute little ball of fur to play and cuddle with at home. Lastly, there’s the toy poodle which, as the name suggests, is actually like a toy and is the smallest version of this dog breed.

All these Poodle varieties follow one breed standard and are expected to comply with the same rules as well.

4. The Classic Poodle Cut Has A Purpose

If there’s one thing that sets Poodles apart from other dog breeds, it has to be the poof-ball haircut!

Their iconic hairstyle, the classic poodle cut, often comes off as funny or funky to a lot of people, but did you know that it actually serves a very important purpose?

This particular hairstyle was created for a reason that has to do with the breed’s primary job.

As mentioned earlier, the Poodle was bred as a water retriever, a hunting dog whose job was to bring back ducks and other birds back to their masters as they swam through the ponds.

Therefore, the masters wanted to ensure that their Poodles had enough hair and fur for warmth and to keep them dry, but without weighing them down or causing any trouble during swimming. So, the unique poodle cut served as a middle ground, fulfilling both purposes at the same time!

Ever noticed how Poodles shed so little as compared to other dog breeds?

That’s one of their most unique features, which often surprises a lot of people considering how this dog breed has so much hair literally all over their body. The main reason why they shed so little is that they have hair, not fur. The latter grows to a certain point and then starts to fall off (also known as shedding), whereas the former keeps growing without falling out, which requires regular grooming.

In terms of smell, Poodles are non-odor that prevents them from having that typical ‘dog smell’ which is found in every other dog breed.

6. Their Smartness Knows No Boundaries

With that goofy, poofy hairstyle and the characteristic playfulness, the Poodle often receives bad reputation for being really dumb.

However, that’s far from the truth because poodles are actually one of the smartest, most intelligent dog breeds to have blessed this world!

They are extremely smart and intelligent, but more than that, they are also super active and proud. Given these qualities, it can be really easy and fun to train them how to hunt, retrieve and track.

On top of that, teaching a Poodle to obey your commands can be an absolute breeze and that too with minimal repetitions!

7. They Prefer People Over Pets

You might have never noticed this, but the Poodle breed has a tendency to mingle more with people than the other canines around them.

When you bring them to the beach or the park, you will see that you pet Poodle isn’t likely to run around or play with the other dogs. Even if you do manage to coax them to do that, chances are that they’ll be back within a few minutes.

Truth be told, poodles give preference to people over pets and they would rather hang around their owners and other people in the family than making new canine friends at the park.

More than that, poodles have a tendency to pick a favorite person based on their attitude, personality and overall vibes.

Stuck-Up, But Eager to Please You!

Given their glamour, Poodles often come across as highly stuck-up, but in actuality, they are far from that and they just can’t wait to please you!

They are one of the best, most adored family pets, and they are a favorite among both children and adults alike.

There are probably many other facts about Poodles that you might know, but for starters, we hope this list helps you get to know your little fluffy poof-ball better!