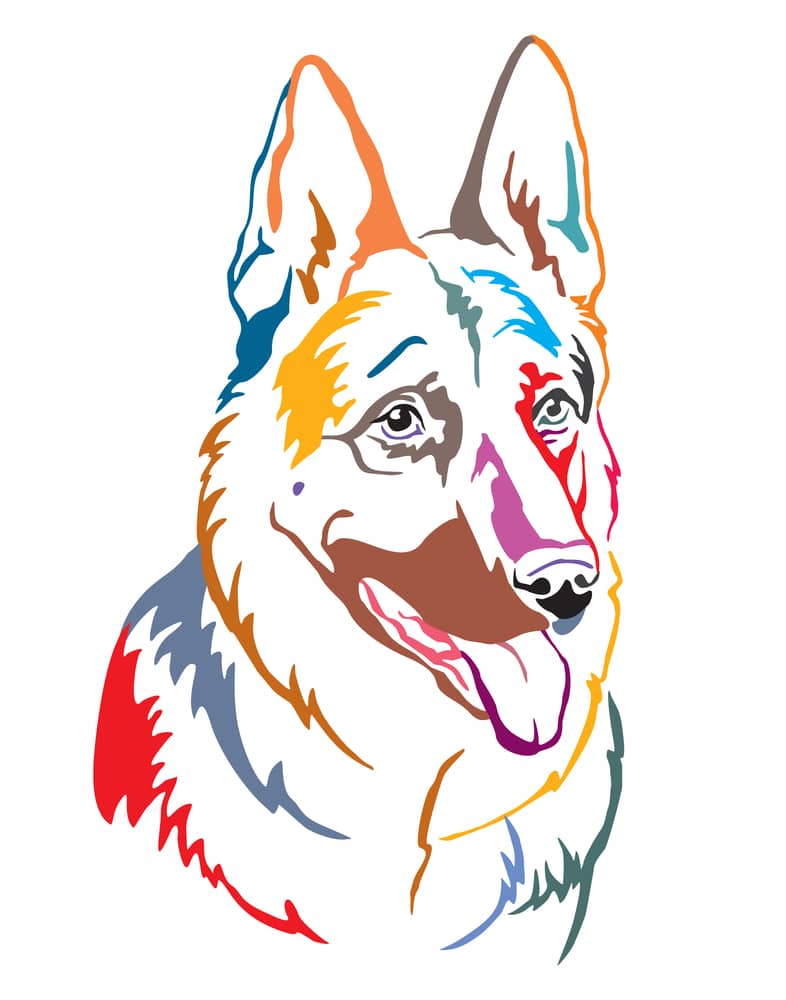 You need to take into account more than just how dogs behave while resting or playing. You need to check whether possessiveness, aggressiveness, and rivalry can arise between the dogs too. The best part about owning German Shepherds is that they pretty much get along with any dogs that are the same size as them. Large, mellow dogs are better able to keep up with the demands of the Shepherds.

While some experts suggest that some small dogs like bulldogs and terriers can also go along well with German Shepherds, large dogs are generally your best bet. Here are some of the best dogs for German Shepherds.

Contents
Siberian Huskies
Labrador Retrievers
Golden Retrievers
Border Collies
What Dogs Don’t Get Along with German Shepherds at All?
Conclusion

Siberian Huskies and German Shepherds both don’t like being left alone for too long. If you properly socialize and introduce them to each other, they can keep each other entertained while you are out of the house. However, you should be careful about leaving them alone in the backyard. They can scale fences quite easily and would win any competition for howling, no matter how much your neighbors hate it.

Both breeds love being outdoors and running around. If you are the type to go for walks, hikes, and adventure frequently, both breeds will do well with you. They love exploring and being out in nature; they will get along well in such situations quite well.

Labs have quite an easy-going nature that works well with German Shepherds. Both breeds love to engage in high-level activity which involves a lot of running around and exploring. If you have children in the family or lead an active lifestyle, both these breeds will be the best companions for you.

German Shepherds and Labrador Retrievers have very people-oriented personalities. They thrive in settings where they are getting a lot of attention. However, they can also provide good company to each other if people aren’t around.

Golden Retrievers and German Shepherds get along really well in most settings. They both are known for their high level of intelligence. This makes it easier to train them both, making them quite an obedient pair.

German Shepherds are known for their high energy, while Golden Retrievers usually have a calm personality. They balance each other out, resulting in many fun times. However, you should know that both breeds require a lot of exercise and stimulating activities to stay happy and healthy. Regular hikes and walks are the best activities for them. They both enjoy similar outdoor activities, so you won’t have a lot of trouble with them. Since they are easy to train, you can also ensure adequate leash manners.

Both breeds are known for their intelligence and athleticism, making them the perfect pair to own. Border Collies have great herding instincts, which can make them quite a great companion for German Shepherds. They both sharing these instincts, and one thing that comes with this is high levels of energy.

They enjoy fun activities like playing with Frisbees, walks, and hikes since it gives them a chance to let out some energy. Border Collies can offer German Shepherds great companionship because of their boundless energy.

It can be quite funny when Border Collies begin to try and herd other dogs too. But do make sure that these herding attempts don’t get out of hand since that can make playtime a little intense.

What Dogs Don’t Get Along with German Shepherds at All?

Just because a dog is large doesn’t mean that they will get along. Some large dogs can create problems when it comes to training. The ability to socialize companion dogs is important, but some breeds just don’t match well.

Wolfdogs are one such dog that is often paired with German Shepherds since they are part shepherd too. While beautiful, these dogs are quite aggressive and may be less likely to obey owner commands too. Due to their wild ancestry, they may not really get along with the calming Shepherds.

Mastiffs can also face difficulties getting along with other large dogs that they haven’t grown with since puppyhood. Mastiffs prefer people over other dogs. If they end up fighting with Shepherds, it can be quite risky to break them apart due to their large bodies.

The best dogs for German Shepherds are ones that can keep up with them. They shouldn’t be too aggressive and generally mellow dogs to get along with Shepherds. Just remember, proper socialization makes a huge difference when you own multiple dogs. They need to get along peacefully, and only you can make that possible. For fewer conflicts, you need to put in the effort to do so.