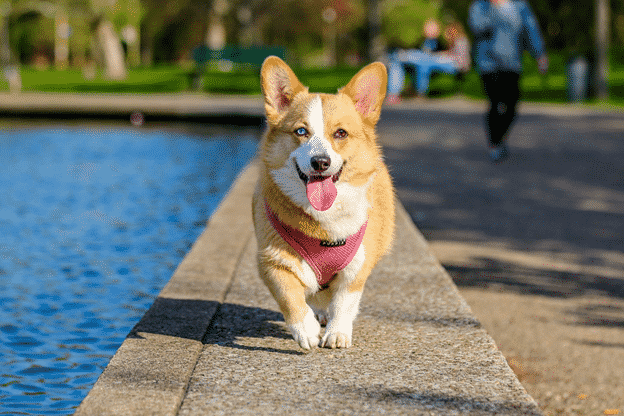 23 Dog Facts That Will Amaze You!

Dogs have always been known as the man's best friend and loyal companions and therefore, it is quite natural to be fascinated by facts and information related to them. To help you fully appreciate how awesome dogs are, here are 23 of the most amusing dog facts that will give you more reasons to fall in love with your canine partner!

“Dogs have always been known as the man’s best friend and loyal companions and therefore, it is quite natural to be fascinated by facts and information related to them. While paw sweating and power sniffing are prominent features of dogs, there is a lot more to them than what most pet owners think they know!”

To help you fully appreciate how awesome dogs are, here are 23 of the most amusing dog facts that will give you more reasons to fall in love with your canine partner!

Contents
Your Furry Friend Dreams Just Like You!
Dogs Have Color in Their Lives
Tail Wagging Doesn’t Always Indicate Happiness
Dogs Are Big On Scent
You Cannot Catch Your Dog Red-Handed
Your Dog Understands You Well
Your Dog Cannot Become a Victim of Identity Theft
Every Dog Has One Basic Motto – Eat, Play, Love!
The Nose of Your Fur Baby Is Always Wet for a Reason
Extra Eyelid – Extra Protection
Dogs Pant to Cool Themselves
Chow Chow Dogs Don’t Come With a Blue Tongue in the World
Dogs Can Move Their Ears in All Kinds of Ways
Dogs Are Taste-Buds-Deprived
Sweaty Paws All the Way!
Dogs Can’t Always Beat the Heat
Dogs Have a Secret Weapon – The Ability to See In the Dark
Dalmatian Are Actually Born White
Dogs Have Two Sets of Choppers!
Dogs Have a Keen Eye for Moving Objects
Dogs are Sleepy Creatures
Dogs Curl Up for Warmth and Protection
Pups Can Help Elevate Mood!

As a dog parent, you might have noticed your little best friend move its paws and yelp while asleep in a really funny way. Dogs may dream or even have nightmares just like us humans!

Dogs Have Color in Their Lives

After testing the color vision of canines several times, Jay Neitz discovered that dogs, in fact, do see color! However, they don’t see color the way human beings do. For instance, instead of recognizing the colors of a rainbow as violet, yellow, blue, red, indigo, green, and orange, a dog sees them as different shades of yellow and grey.

While tail wagging in dogs is commonly believed to convey their happiness and friendly nature, this is far from the truth. Dogs can wag their tail for various reasons that include showing feelings of relaxation, nervousness, and curiosity!

Dogs Are Big On Scent

This shouldn’t come as a surprise to you that a dog’s sense of smell is approximately 10,000 to 100,000 times more accurate and stronger than humans.

You Cannot Catch Your Dog Red-Handed

While your dog might look guilty or ashamed to you after you catch them doing something wrong, dogs are actually incapable of feeling guilt and their response says more about your relationship with them. Your dog might become sad or nervous depending upon your usual reaction to similar situations.

Your Dog Understands You Well

According to research, dogs are capable of differentiating between human emotions through various signs and signals such as our facial expressions.

Your Dog Cannot Become a Victim of Identity Theft

Every dog has its own unique fingerprint. However, the print is located on their nose instead of their paws! A print of a dog’s nose can actually be used to identify it.

Every Dog Has One Basic Motto – Eat, Play, Love!

Along with eat and play, the love part is also quite true. While your dog might not experience romantic love, they can form long-lasting and deep bonds with their humans as well as fellow canines.

As a dog owner, you might have noticed that your little friend’s nose remains wet most of the time. This is nothing to worry about! A wet nose helps dogs to absorb scent chemicals. The dogs lick the special mucus secreted by their nose to sample it and understand what the smell is.

Dogs have an extra eyelid known as the nictitating membrane or simply referred to as the third eyelid. It is located in the inside corner of the canines’ eyes. This extra eyelid is known to offer protection to the eyeball and help evacuate unwanted alien bodies.

Dogs Pant to Cool Themselves

Dogs pant to cool themselves. As dogs pant, the saliva on their tongue starts evaporating and in result causes their body heat to lower. Excessive panting, however, may be caused by discomfort, pain, or fever due to some underlying illness.

When Chow Chow pups are born, they have pink tongues similar to other dog breeds. Due to pigment change with time, their tongue turns a distinctive blue in about six months.

Dogs Can Move Their Ears in All Kinds of Ways

Dogs have a whopping 18 muscles in their ears! They even show various emotions through different kinds of ear movements. Moreover, dogs can position their ears in order to hear certain noises better.

Dogs only have 1700 taste buds as compared to humans who amazingly have 9000 taste buds in their mouths! This means that the palate of every pooch is less developed than ours. Dogs can taste salty, sweet, bitter, and sour flavors just like us, however, their sense of taste is just not as strong.

Sweaty Paws All the Way!

Sweat glands in humans are distributed throughout the body, allowing us to easily cool ourselves down. However, when it comes to dogs, their skin is different as most of their sweat glands are located on their paws. Therefore, the cooling mechanism of dogs differs significantly from us.

The structure of a dog’s eye enables it to see much better in the dark. The large number of light-sensitive rods in the center of the retina of their eye is the reason for their ability to see in extremely dim-light situations.

Shocking, right?! Dalmatian dogs are known for their beautiful white and black spotted coat. However, Dalmatian puppies are actually born almost completely white, without any spots. While the spots do exist, they are just not visible until the dogs are about 3 weeks old.

Dogs Have Two Sets of Choppers!

At the age of 6-8 weeks, a puppy has developed 28 deciduous teeth. By the time a puppy turns 6-7 months old, these 28 teeth are all replaced by 42 adult teeth.

Dogs Have a Keen Eye for Moving Objects

With the large number of rods in the center of the retina in dogs’ eyes, they are able to see moving objects in a much better manner than stationary ones.

An average dog sleeps for about twelve to fourteen hours a day. Puppies, on the other hand, expend a lot of their energy learning and exploring and therefore they need about eighteen to twenty hours of sleep in a 24-hour cycle.

Dogs Curl Up for Warmth and Protection

Dogs often tuck into a ball when sleeping to stay warm and protect their vulnerable organs.

We hope that all the aforementioned facts about dogs were worth your while!